Why menthol and flavored tobacco?

Tobacco companies use marketing and products like menthol to increase addiction, and they target some communities more than others.

We see these disparities in Washtenaw County:

In addition, young people prefer flavored tobacco, including menthol, which has increased their tobacco use rates:

What can be done

The Washtenaw County Health Department and health policy experts recommend a comprehensive menthol and flavor ban to prevent further harm. Research estimates that a menthol ban would save 650,000 lives over the next 40 years.

This would place restrictions on manufacturers, distributors, wholesalers, importers, and retailers who manufacture, distribute, or sell such products in the US. It would not make it illegal for adults to have or use these products.

The Washtenaw County Health Department supports these proposed product standards. Additionally, we are currently working as part of the M[END]THOL campaign to promote education around the tactics used by the tobacco industry to push harmful products like menthol and flavored tobacco.

Join our email list to receive updates on menthol and flavored tobacco, local initiatives, and opportunities to get involved. 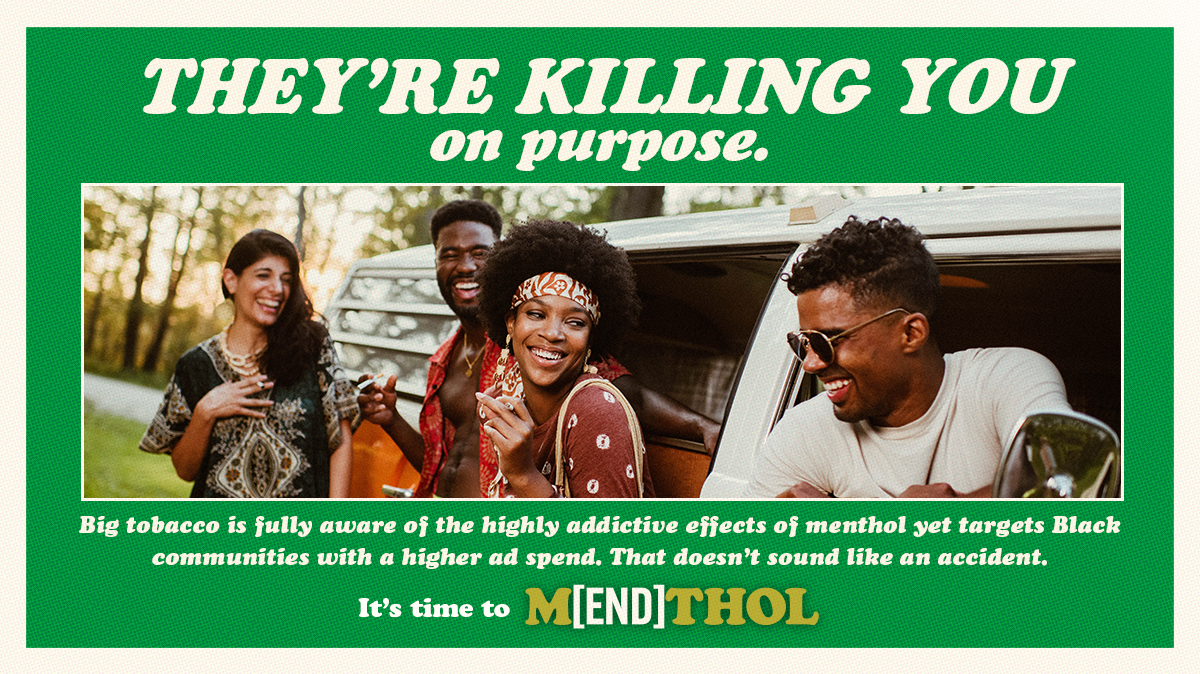 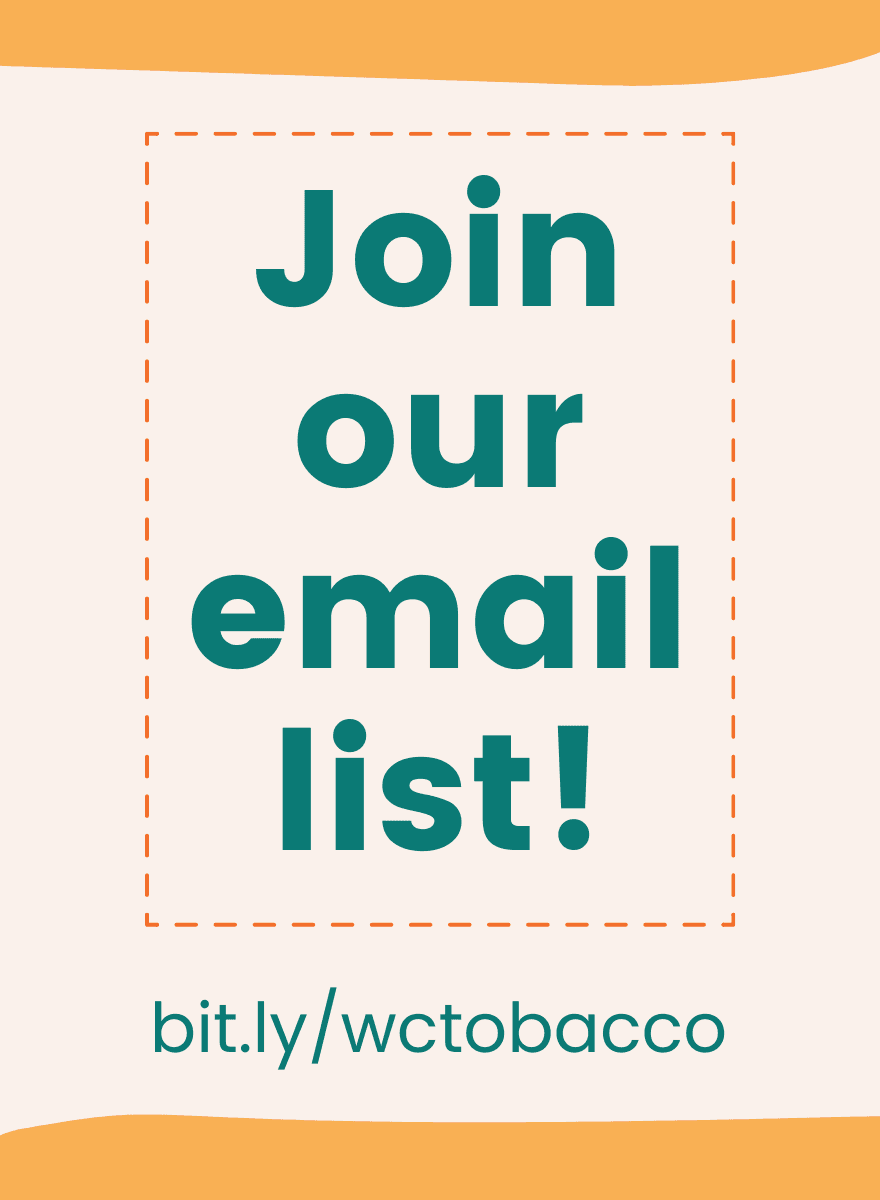 Sign up here to get email updates on menthol and flavored tobacco, local initiatives, and opportunities to get involved!

Click on the images below to see the full size versions. 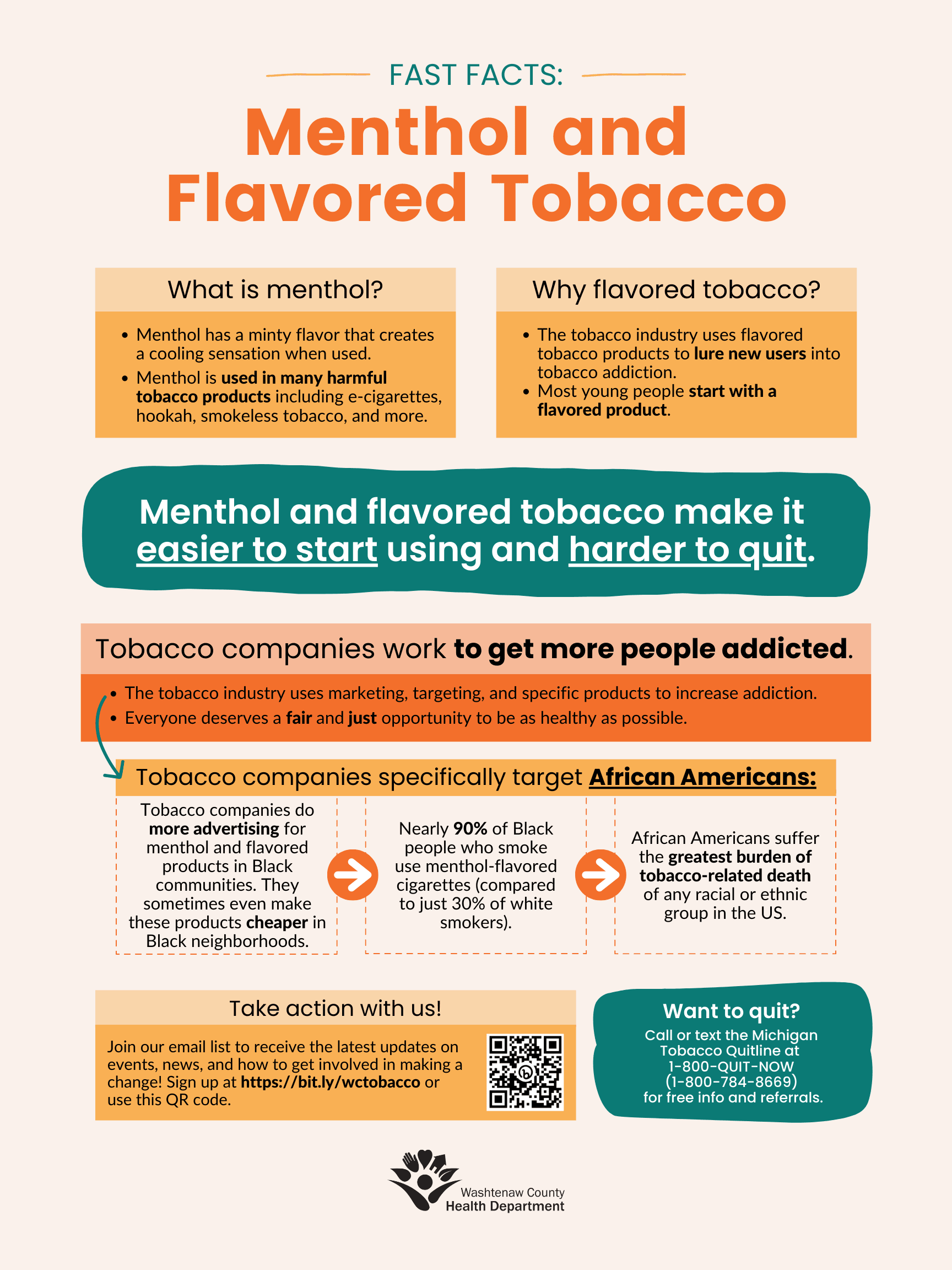 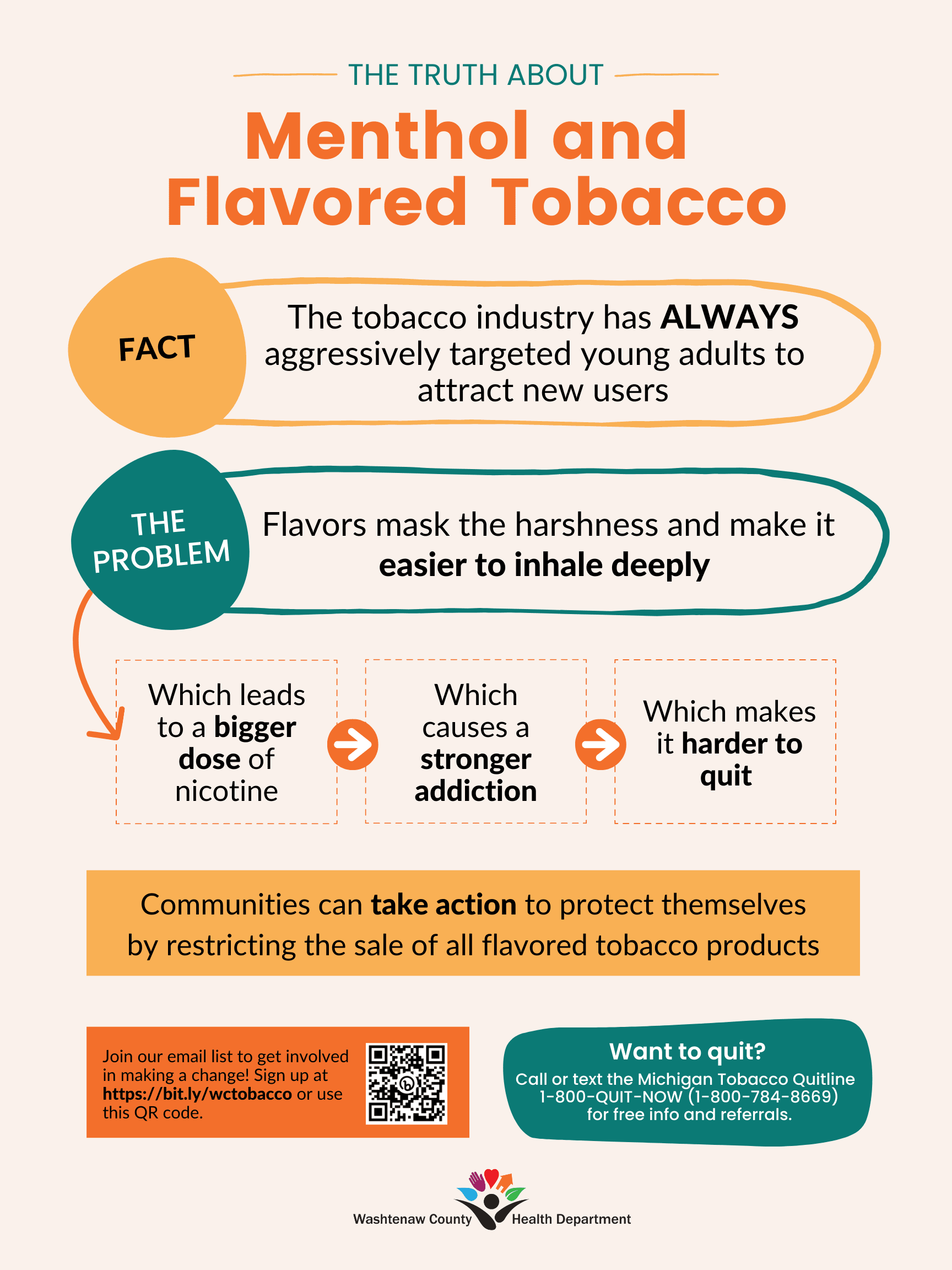 (a simplified version of the "Fast Facts" poster) 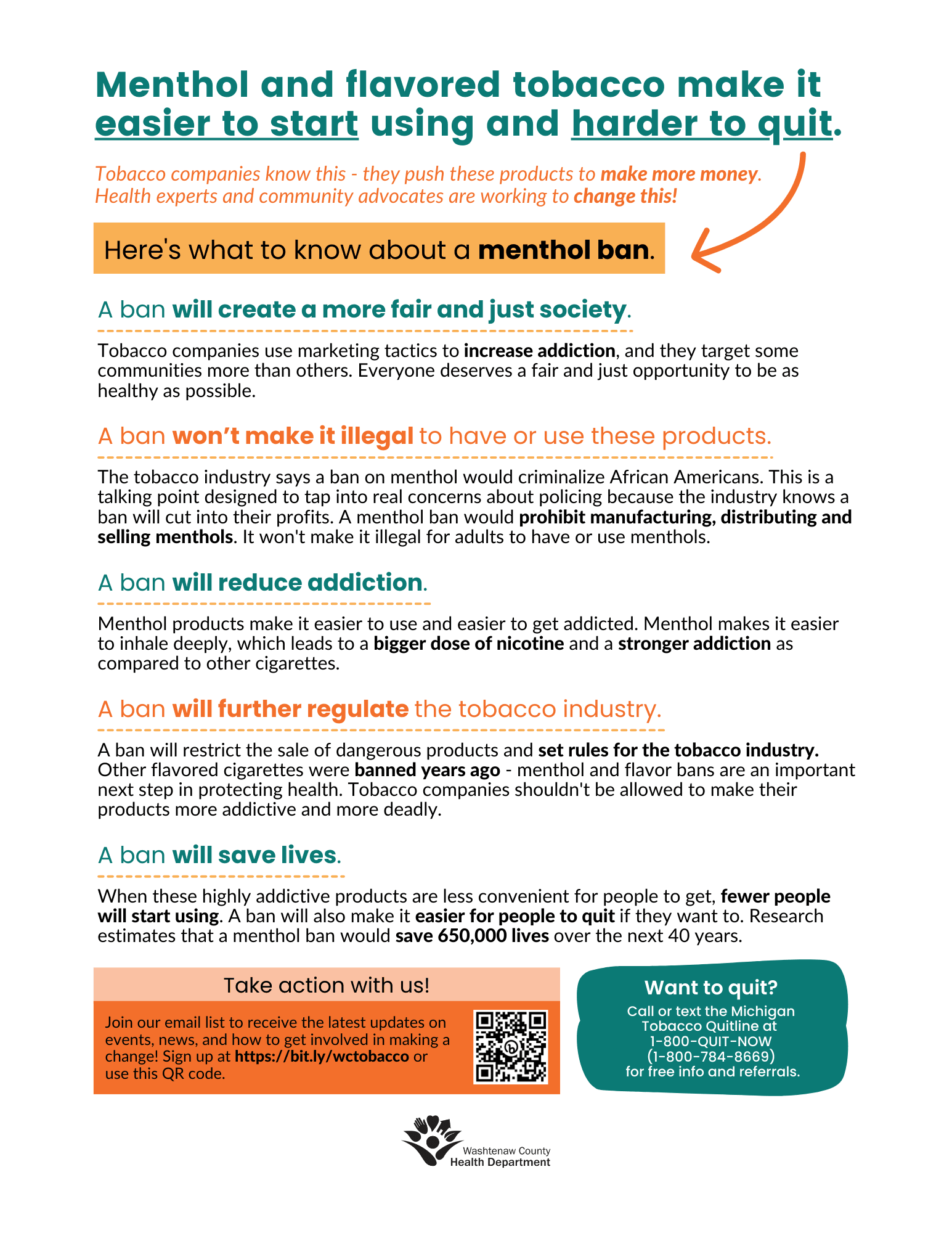